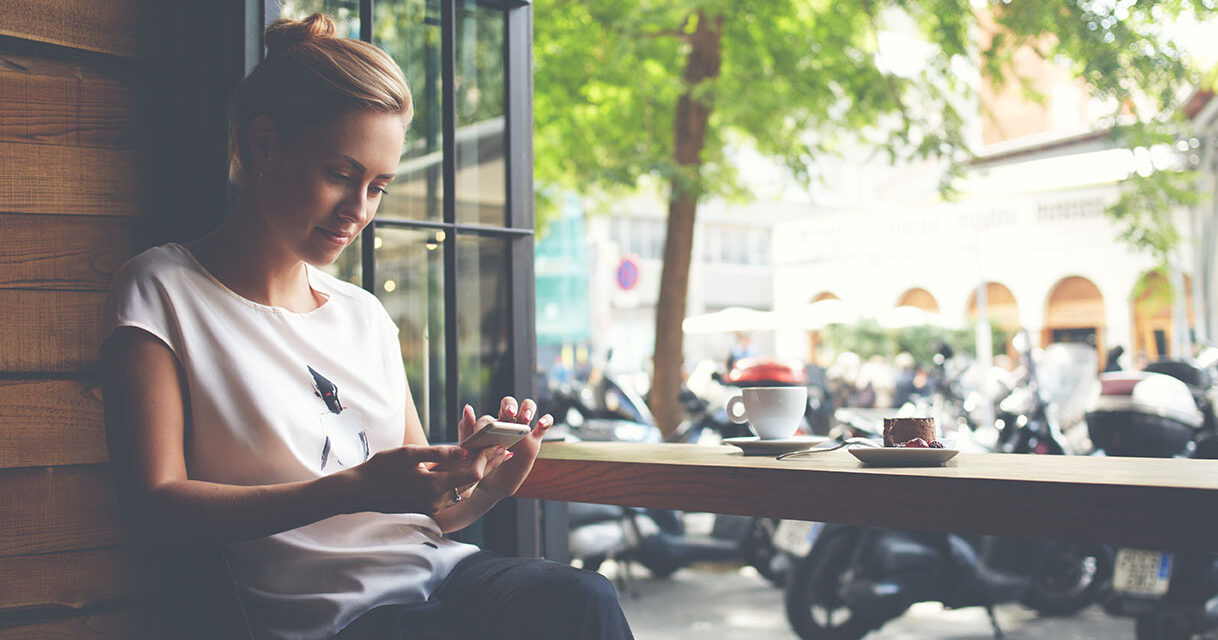 The first smart phone made its debut in 1992. Three years later, the term smartphone was actually born, and signal a massive change in how we communicate. For many of us, it wasn’t until 2007, when Apple released its first iPhone that everything we do with a phone changed. Today, you would have to be a certain age to have a flip phone, or a phone that’s not considered smart. Today, smart phones have made it possible to earn passive income, using passive income apps.

Thanks to smartphones it’s now possible to text, video chat, pay for anything (with the smart phone,) read a book, browse the internet, and now, to make money with passive income apps. Because of smartphones, apps are now a part of our everyday lives. For those who don’t own a smart phone and those who do, but aren’t sure how to define what an app is. Here is our definition: Apps are software programs specifically design for use on smartphone devices.

These handy apps are the answer to so many conveniences, one of them is making money. It’s not surprising that passive income apps are here. It makes sense that technology would eventually intervene in how we make money. Certainly, how to make it passively. Before delving into the best passive income apps. I’m sure there is one question you must be asking.

What the heck do passive income apps do?

Passive income is the ability to create a system for making money that happens with little or no intervention. Everything happens automatically and all you do is sit back and watch the money flow in from a system you developed once. Now, bring an app into the mix and what developers are doing is creating apps you can set up to make money similar to the passive income concept. As we outline the five passive income apps below, you will see how these apps work. Currently, passive income apps will not make you rich, but they can add substantial income to your finances. 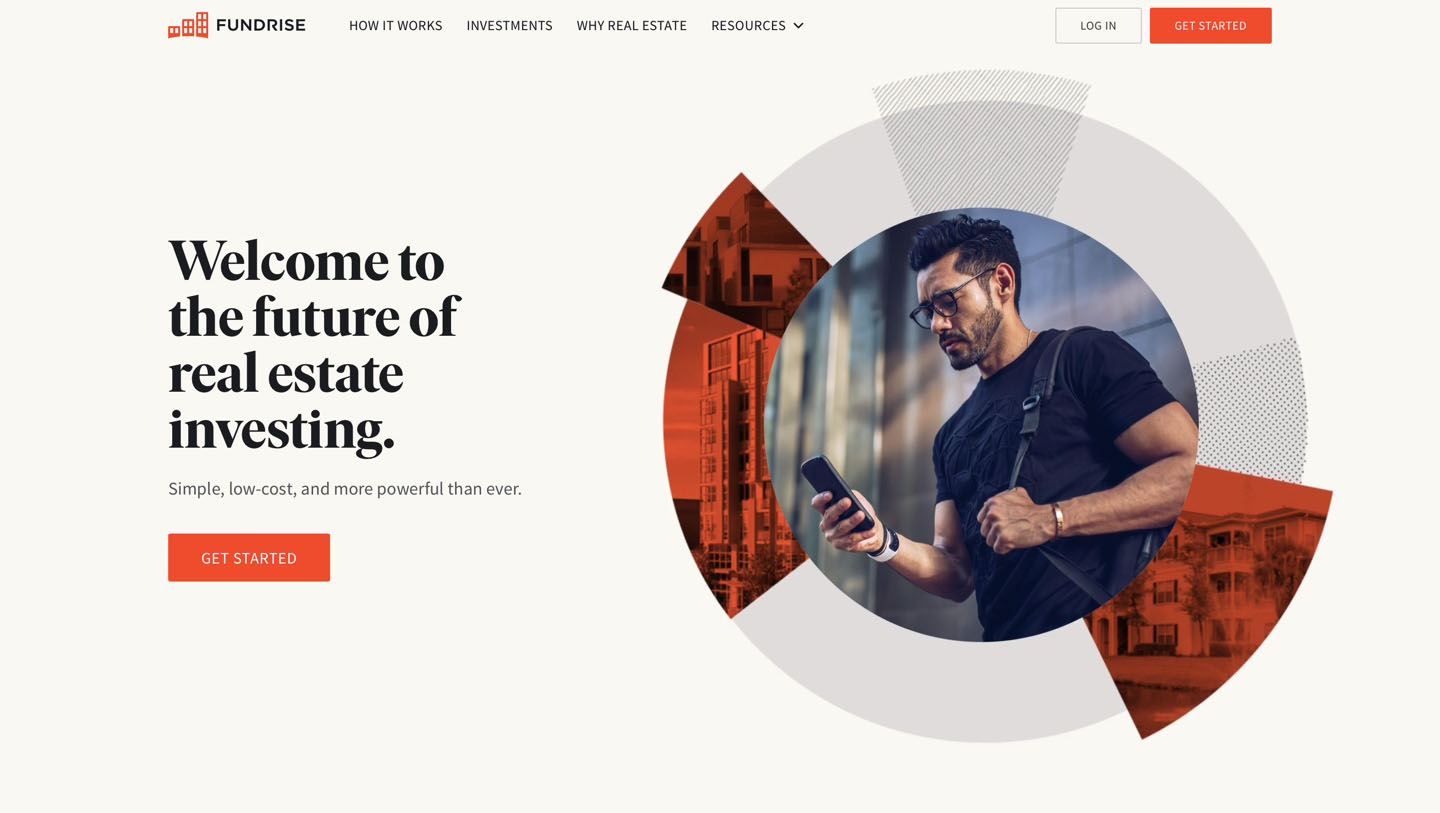 Available for iOS and Android, Fundrise allows you to invest in real estate. Touted as one of the best passive income apps for making money, it can help you earn a substantial amount of money if that is your goal.

Investment is involved with Fundrise and all four of the passive income apps mention in this post, but with Fundrise, there are different levels of accounts to sign up for. You can start small or as large as your expendable cash allows.

Fundrise is only available in the U.S. and for 18 yrs and older. Get started by downloading the app. 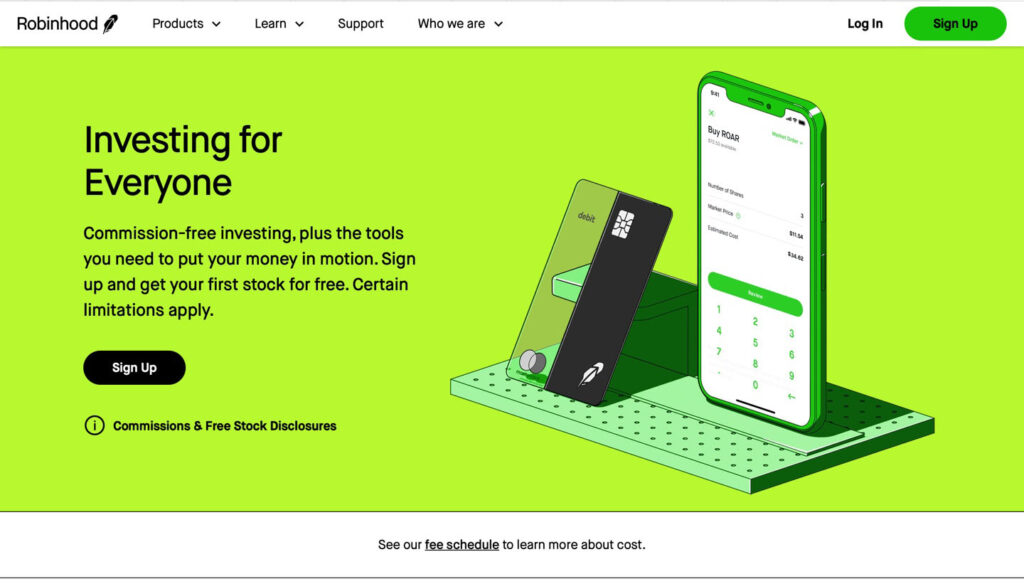 Like four of the passive income apps mention in this post, this is also an investment app. It is also available on iOS and Android. If you follow the news, you may have heard of Robinhood. Earlier this year (2021) there was a buying frenzy that put a lot of money into the hands of small trade investors. While there were issues surrounding what happened earlier in the year, Robinhood Financial along with their app offers the tools needed for average individuals to build an investment portfolio.

The app will let you invest using various funding methods. You can use cryptocurrencies, stocks, ETFs (Exchange-Traded Funds).

Robinhood offers free stock to new account holders. We consider their app and website to be very user friendly. We also consider them the ideal for new investors interested in using passive income apps. 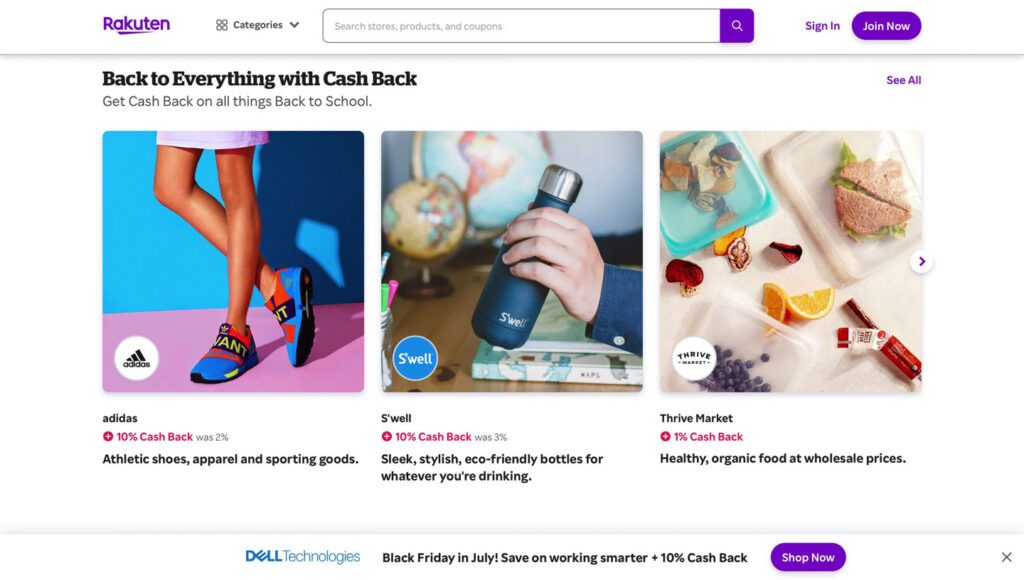 If you are a member of our exclusive Money Matters newsletter community, then you’ve read our member only post on making money with Rakuten. An affiliate marketing company, which means companies reward influencers for sending consumers to buy from their site or store. Of all the passive income apps mention in this post, this is the only one that’s not an investment app.

Rakuten is associated with over 2,500 stores that offer 1% – 40% cash back on purchases. It’s a simple process for signing up and making money is also straightforward.

Using Rakuten is easy as navigating to any online store to shop. Their options are so wide, anything you buy online will put money back into your pocket. 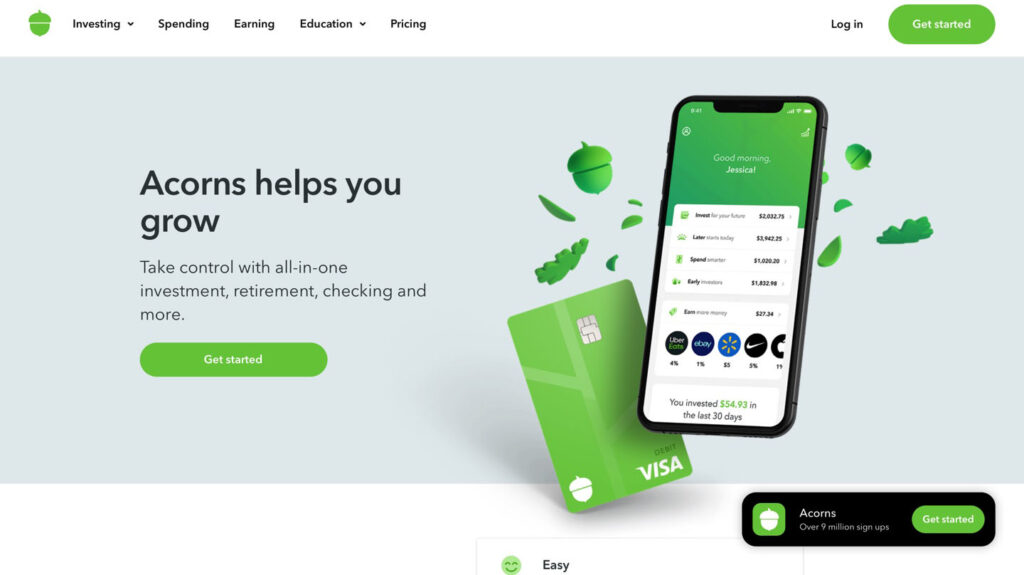 Like Robinhood, this is an investment app. However, this app standout amongst the rest of the passive income apps because of its micro-investment strategy. Instead of investing in full stock shares, you are investing in a fraction of the shares with a small amount of money. This app is perfect for those with little funds to invest. You are right if you are thinking you won’t make a lot of money this way. It is, however, a perfect way to get started.

Acorns have two goals in mind with their app. Micro-investing and micro-saving. With micro-saving Acorns collects your spare change. When you link your bank account, credit, or debit card, Acorn will round up your transaction to the nearest dollar. Acorn then saves the difference for investing or saving. Here is an example: You just charged $5.75 for a latte at Starbucks. Acorn will round your purchase up to $6.00 and stash the $.25 cents for you to save or invest.

Set Acorn up and it does all the work for you. There is quite a few option Acorns offer that would make this app an ideal for anyone wanting to make money with passive income apps. 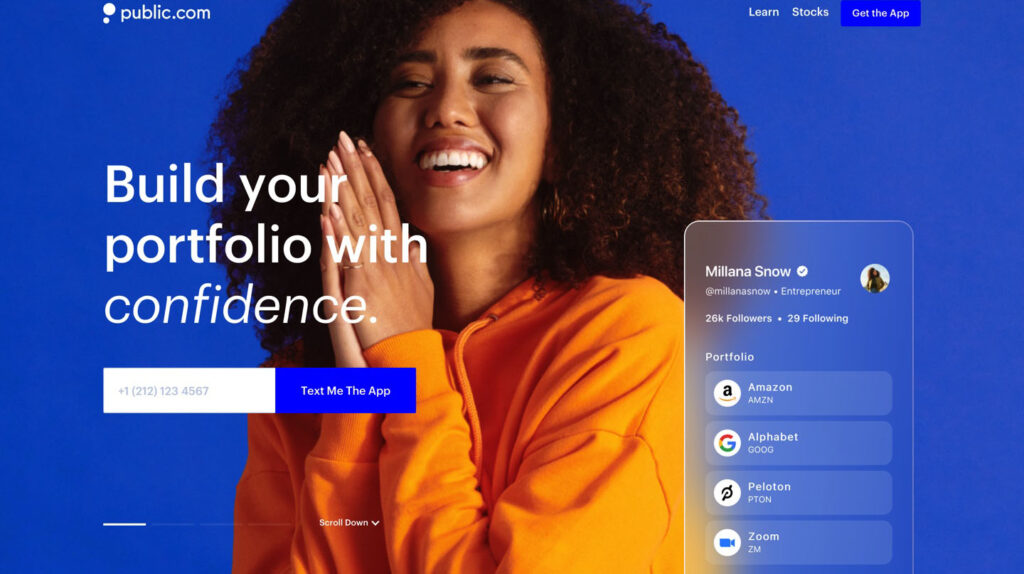 Like three of the passive income apps mention above, this is also an investment app. However, there are a few differences between this app and the others. First, it has a social component the others do not have. You can connect with friends and others to learn more about about the companies you want to invest in, and to discover new ones. Another difference is allowing investors to invest in companies they believe in.

With Public you can start investing with any amount of money with what they call slices. With this feature, you can invest with companies that you would normally  need to buy full shares. However, with Public, they slice off a portion of the stock you want to own base on your investment amount.

While not all stocks are available with the slices feature, Public has thousands of tickers available for slices, including ETFs.

Gone are the conventional ways of making money. More and more technology has enabled us to make money while sleeping, or while on a beach in Jamaica. Passive income apps is yet another way to make passive income. It also shows that it’s no longer necessary to spend hours behind a desk, or on a computer to make money.

There are quite a few passive income apps available well beyond the five listed above. We believe the features these apps offer qualifies them as the best in a field of many. Still, review other apps to see if any will offer features that are more important to you.

Related: 15 Ways To Make Money Even When Your Credit Sucks

Summary Passive Income Apps is yet another way to make money. They will not make you rich, but they can add additional money to your bank account 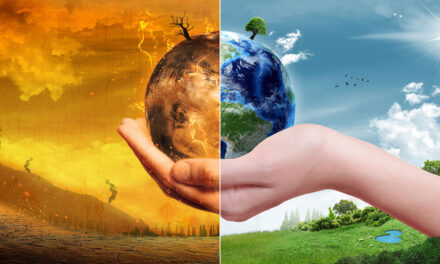 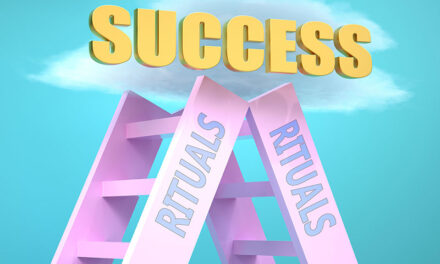 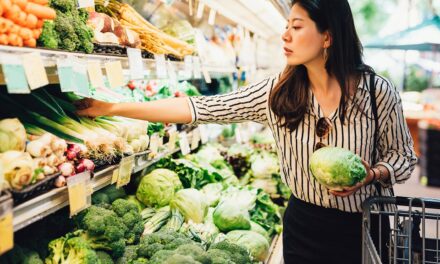 How To Influence What Your Grocery Store Sells 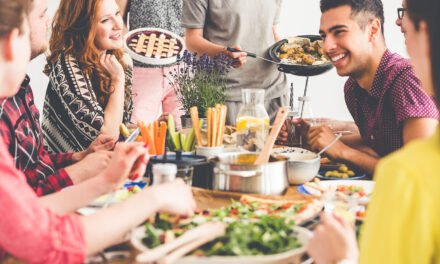 The Best Diets For Health & Vitality